The Labrador retriever: a hard-working dog

With a name suggesting that the breed comes from the province with the same name, the Labrador retriever has roots in the island of Newfoundland. The Labrador that we know today as an excellent family dog was, however, originally bred in England as a gundog—more specifically a retriever. As one of the most popular breeds in the world, the Labrador is definitely a breed to discover over and over again. 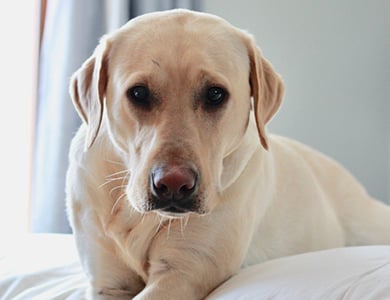 The Labrador is a medium-size, compact, short-coupled, powerful and athletic dog, with a strong and slightly rounded build. At the withers, males measure 57 to 62 cm (22½ to 24½ in.) and females, 54 to 60 cm (21½ to 23½ in.). Their weight ranges from 27.3 to 36.4 kg (60 to 80 lbs) for males and 25 to 34.1 kg (55 to 75 lbs) for females. Dogs that are bigger than that have difficulty doing their work in the field and in the water as retrievers. The Labrador has a wide skull, and is broad and deep through the chest, with well-developed ribs. Its broad, powerful loins, solid, muscular hindquarters, webbed feet, tail described as an ‘otter’ tail and double, waterproof coat are all essential features that allow the Labrador to do its work.

From a genetic standpoint, the Labrador has only three coat colours, namely black, yellow or chocolate. In fact, breeders will correct you if you refer to a dog as blond or brown. The yellow ranges from light cream to fox red, with variations in the shadings on ears, under parts, hocks, and down the back. Chocolate ranges from light sedge to dark chocolate. All the other so-called rare colours are signs of cross-breeding. 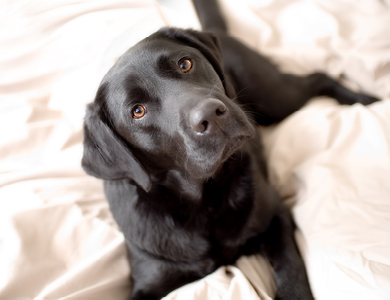 Labradors are generally healthy dogs, with an average lifespan of 10 to 14 years. A responsible breeder will make sure that its sires are free from the diseases that are most common to the breed, such as elbow and hip dysplasia, heart problems, hereditary myopathy (muscle weakness) and eye problems, including progressive retinal atrophy. A condition known as exercise-induced collapse (EIC) can also occur in young Labs, but a DNA test allows breeders to identify individual carriers and to plan mating accordingly to avoid producing puppies with the disease. As is the case with other big dogs with deep chests, gastric torsion (dog bloat) is among the problems that commonly afflict this breed. Owners should read up on the symptoms of this condition and what to do if it occurs. 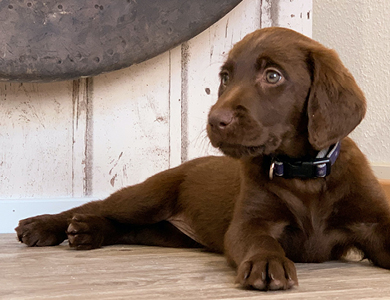 Labrador retrievers are a very energetic breed that needs to do a great deal of exercise every day. A simple walk won’t be enough for your Lab. If it doesn’t expend enough energy, it may become hyperactive or develop destructive behaviour to release its pent up energy. If you really want to please your Lab, engage it in water play or a ball game. Labs also enjoy expending their energy doing what they were bred for, namely hunting. They are also good candidates for canine sports such as agility, obedience and tracking.

Given the Labrador retriever’s physical strength and high energy level, socialization at a young age, puppy kindergarten classes and obedience training are essential. It’s important to gradually expose the puppy to a wide range of people, places and situations between the ages of 7 weeks and 4 months. If started early, obedience training will help your Lab become a well-balanced and well-raised adult dog. Labradors are loyal, intelligent and enthusiastic pets that must be included in family activities. 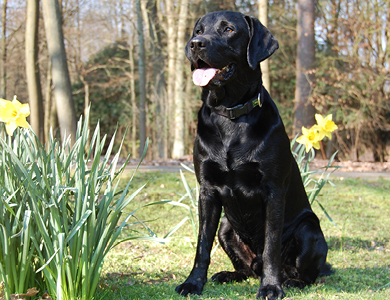 Labradors have a thick, waterproof double coat that includes a guard coat and undercoat that sheds considerably all year long. It’s important to brush regularly to keep the coat healthy and shiny, and to remove dead hair. You can bathe your Lab occasionally to keep the dog clean or if it develops a strong odour. As with all breeds, nails should be clipped regularly to prevent foot problems, and teeth should be brushed frequently.

The Labrador retriever is a traditional waterdog from Newfoundland, long used as a retriever of ducks and a companion of fishers. The breed has increasingly gained in popularity over time, but the popularity of the breed really took off in the early 1800s when Labs were spotted by English nobles visiting Canada. In the 1830s, the 10th Earl of Home and his nephews, the Duke of Buccleuch and Lord John Scott, imported progenitors of the breed from Newfoundland to Europe for use as gundogs. Another early advocate of these Newfoundland dogs—or Labrador retrievers, as they later became known—was the 2nd Earl of Malmesbury, who bred them for their expertise in waterfowling.

During the 1880s, the 3rd Earl of Malmesbury, the 6th Duke of Buccleuch and the 12th Earl of Home collaborated to develop and establish the modern Labrador breed. Today, Labradors are used as hunting and assistance dogs, to detect drugs and explosives, and for many other types of work.

For more information, contact a registered breeder at the Canadian Kennel Club, who can answer all your questions. You can also contact the organization for information on breeders and the various breed clubs in Quebec and elsewhere in Canada.

For a happy labrador : 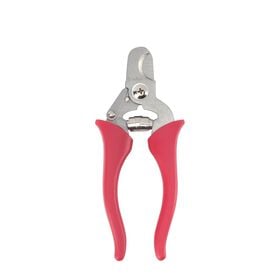 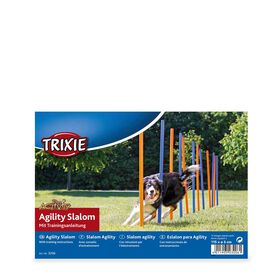 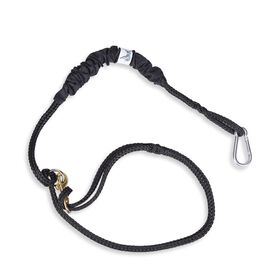